What does globalization mean to you? It is a very common word that people use in their conversations, but a lot of us don’t really understand what it truly means. Even though the focus of this blog is to discuss the impact of globalization on the world, let us first discuss what globalization actually means and why we should care about it?

Countries have now built economic partnerships to offer to facilitate the movements of these elements over centuries.

The term Globalization started in the early 1990s, as these cooperative arrangements shaped modern everyday life. Now, let us take a look at the major impacts of globalization on the world – mostly on developing countries. 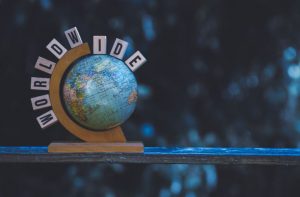 Globalization has benefitted a number of developing countries in several ways. It is the reason for the fast growth and development of these countries as people invest in these areas, improving their infrastructure, technology, and total production. Some of the positive effects of globalization include:

Globalization has taught the developing countries how to use the resources that are available to them in abundance. Earlier, a major section of the population was uneducated, and the means of transport were also in poor condition. Now, people in these countries have realized the significance of education and standard of living as foreigners settled in these countries.

Locals from these countries also went to schools established by the settlers and received employment in their companies and industries. Some of the locals also went abroad for further studies and were able to improve the living standards of their families using the knowledge. Thanks to globalization, local companies are now able to compete with the major companies from around the world. While complete eradication of poverty has not been possible yet, but there has been significant improvement.

Even though the literacy rates in developing countries are steadily rising, due to the lack of employment opportunities, the number of educated jobless people continues to increase. Globalization has made it possible for these people to find job opportunities in other countries, mostly in developed nations. 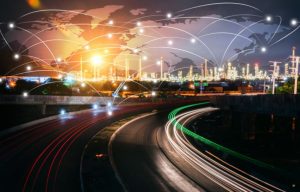 It is because of globalization the transportation of technology to developing countries has been possible. It was important for the people in the developing countries to communicate with the investors and other thought leaders and exchange ideas and information. The fastest and most effective way to make that happen was through modern technology.

Now, thanks to the availability of necessary technology, people in developing countries can buy and sell goods online at a low price. They even work remotely with companies in developed countries. With the increasing use of the internet, digital marketing, and other platforms, there has been a significant improvement in the standards of living. Proper media coverage has attracted numerous volunteers from developed countries as well.

Globalization also brought in the need for people from developed nations to invest in some of the developing countries. Foreign investment is one of the major things that culminate in several developments in the countries.

Foreign investment has helped the government build more efficient infrastructure. Local people have now started to get hobs at these industries and companies founded in their country. Needless to say, the investors boost the economy of the nation by paying taxes to the government. 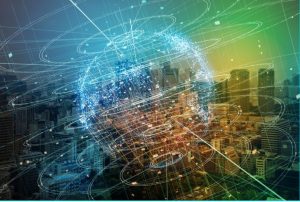 While globalization has provided the developing countries with several benefits, there are some negative impacts of the phenomenon which are quite difficult to ignore.

As discussed in the previous segment, globalization has provided people in developing countries with numerous employment opportunities all over the world. However, most people have had to leave their families for several tears as they work abroad. This is one of the leading reasons why couples are getting separated, leaving their children at the mercy of volunteers and shelters, and more. Some people cannot even meet the needs of their elderly parents at home as the money they earn from their jobs is not enough. 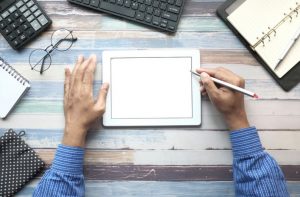 In the majority of the developing countries, more than half of the working population relied on casual jobs in industries before globalization happened. The advancement of technology has made a number of those jobs obsolete. Now companies look for skilled professionals while the machines do most of the casual jobs previously done by people. Since there is a significant lack of skills among a huge section of the population in developing countries, most of them are left unemployed and unable to meet their basic needs.

The Rise in Lifestyle Diseases

Globalization has introduced the people in developed countries with processed foods, planting of crops using chemicals to reduce the duration of their growth, and more. While those may be beneficial for online businesses, the indigestion of chemicals from foods has led to the rise of chronic diseases among citizens. The mortality rate is high. Moreover, there is a downfall in the lifespan of the developing countries.

Every nation, society, or community has its values and beliefs – which we often identify as its culture. They often mold the acceptable behavior of the people in a certain community. Globalization has created an amalgamation of cultures which is often identified as the reason why many cultures are losing their unique values and beliefs. Some nations from developing countries adopt western culture and abandon their own.

Sometimes, the locals are termed as primitive by the international society for following their own domestic policy. While the debate of what is right and what is wrong may arise here, there is no denying that due to globalization, developing countries are losing their authenticity.

Like any other topic under the sun, even globalization has its fair share of advantages and disadvantages to offer. It is up to the people in these countries how they want to deal with this phenomenon. You may like what globalization has done for your country, or you may oppose its effects. Whatever opinion you may have for globalization, you cannot deny the fact that it has a greater impact on developing countries than others.